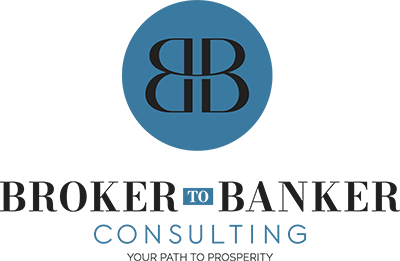 As 2022 continues so does the turmoil throughout the mortgage industry………

California-based mortgage lender Loandepot Inc. (NYSE: LDI) is embarking on a significant reorganization of its business model. To focus on what it does best, the lender plans to shut down its wholesale lending division. The announcement comes on the heels of the company reporting a second consecutive quarterly loss of $223.8 million or 66 cents per diluted share compared to a loss of $91.32 million reported in the previous quarter.

According to the President and Chief Executive Officer, Frank Martell, a move to exit the wholesale lending business is a strategic decision. By focusing on retail mortgage loans, LoanDepot should be able to focus on their alternative solutions with direct customers.

It is consistent with a plan to become a more purpose-driven organization with a direct customer process focus during the lending process. The exit should also allow the lender to focus resources on aligned origination channels, bolster margins and trimming operational complexities.

Even as LoanDepot moves to exit the wholesale lending business, it plans to fund the remaining wholesale pipeline, which totals approximately $1 billion. The company hopes to have finalize the pipeline by October.

The company has already sent emails to its wholesale lending partners to formally outline company plans to exit the channel. The email cites a company exit date taking effect on October 31, 2022.

August 9 was the last day brokers were allowed to originate new loans via the company portal. October 31, 2022 will be the last day to fund any loan in the company’s wholesale pipeline. Users of the company’s broker portal will have access through the end of the year.

Like other mortgage lenders, LoanDepot has faced a challenging market environment affected by soaring inflation. In addition, the Federal Reserve hiking interest rates to stem runaway inflation has also had a significant impact on the industry, depicted by declining mortgage volumes owing to increased rates and borrowing costs.

LoanDepot was one of the mortgage companies that feasted on refinancing at the height of the COVID-19 pandemic that saw interest rates trimmed to record lows. The cuts triggered a flurry of borrowing sending mortgage volumes to all-time highs. Unfortunately, much of the refinance activity has dried up with the FED hiking interest rates.

In addition to exiting the wholesale lending business, LoanDepot has also made sweeping staffing decisions. While it is the nation’s second largest lender, reported losses have led to staff cuts. The lender has already reduced its staffing levels from highs of 11,300 as of the end of 2021 to 8,500 at the end of June this year and 7,400 at the start of August.

A reduction of 3,900 people has already transpired, but the layoffs are not over. The company is projected to reduce headcount even more by the end of the third quarter, with plans underway to trim to a headcount below 6,500.

The layoffs are part of the company’s Vision 2025 plan designed to address fluctuating and emergent mortgage market conditions. The cuts are also geared towards positioning the company for millions in savings as well as sustainable long-term value creation. The proposed plan is expected to generate about $375 million to $400 million in annualized savings by the end of the year. In a recent conference call, Martell reportedly stated that the company is on track to reach these savings by the end of 2022.

The company’s Vision 2025 plan includes a reported emphasis on the company strategy to differentiate itself, innovating with digital solutions and best-in class services operations. Others portions of the plan outline the company’s intention to swiftly downsize based on market conditions, while seeking to serve increasingly diverse communities nationwide.